National games and entertainments take a great place at Kyrgyz people since ancient times. Traditional horse games are the most loved and revered entertainments.

Ulak-tartysh means "gray wolf".  It is said that the game originated long ago, when the herds of animals grazed in the uninhabited steppes of Kyrgyzstan, so the livestock is often attacked by wolves. It was a great calamity for people. As people lived without firearms, courageous horsemen pursued the victim, forcing it to death. Two teams of 6-10 men took participation in the game. The purpose of each team is to throw the carcass of an animal in the opponent's goal. It was very difficult, because to throw 20-pound carcass requires a lot of effort.

Kiz-Kuumai is horse race between boy and girl. The aim of the game is that the young man should try to catch up with the girl. Girl’s horse is faster; it starts to move from place to 5-10 seconds before. If boy catches up with the girl, she will kiss him; otherwise she must hit him with a whip.

Kuresh is one of the most popular national sports in Kyrgyzstan. After the judge gives a sign, young fighters begin to fight. The game may use different methods, but you cannot take the enemy’s belt. The winner is the one who put his opponent on the shoulder.

At-chabysh is a long-distance races, ranging from 4 to 50 km. I t is one of the most widespread kinds sport. The hardiest horses took participation in this game. Previously horses of all ages participated in the race. As a reward, the winner got jewelry and livestock. Now the horses from 3 years participate in the game.

Besides, there are many different games in Kyrgyzstan: tyiyn enmey (picking up coins from the ground), Jamba atma (competition in archery), at-chabysh (horse races), backgammon and others. 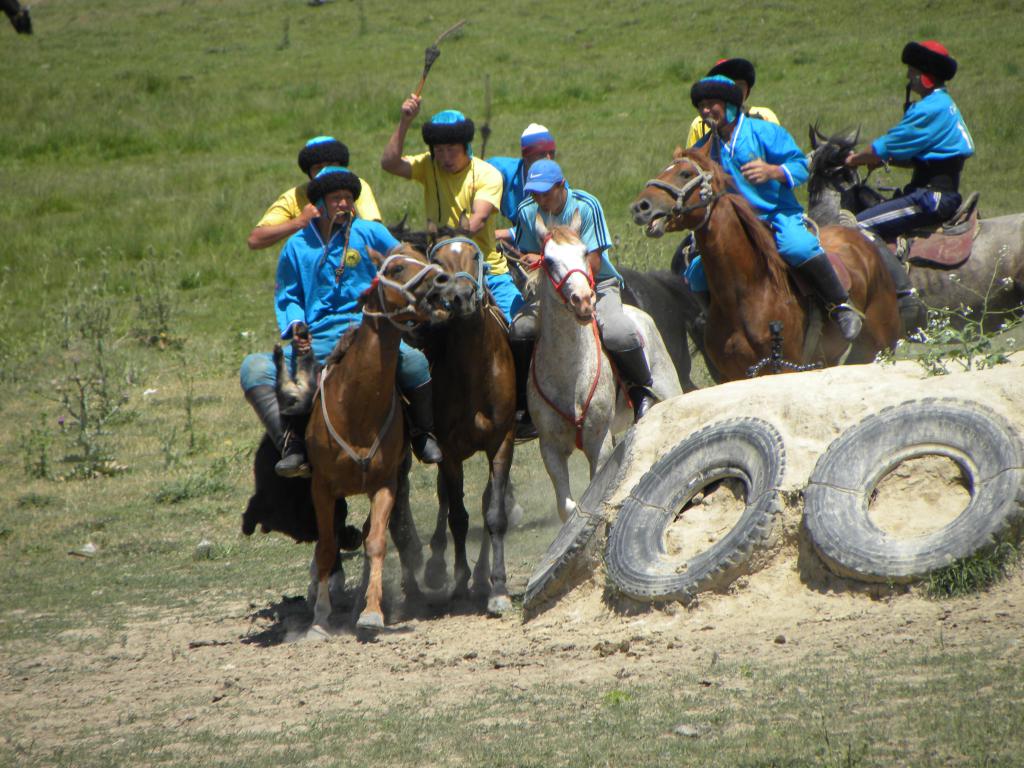 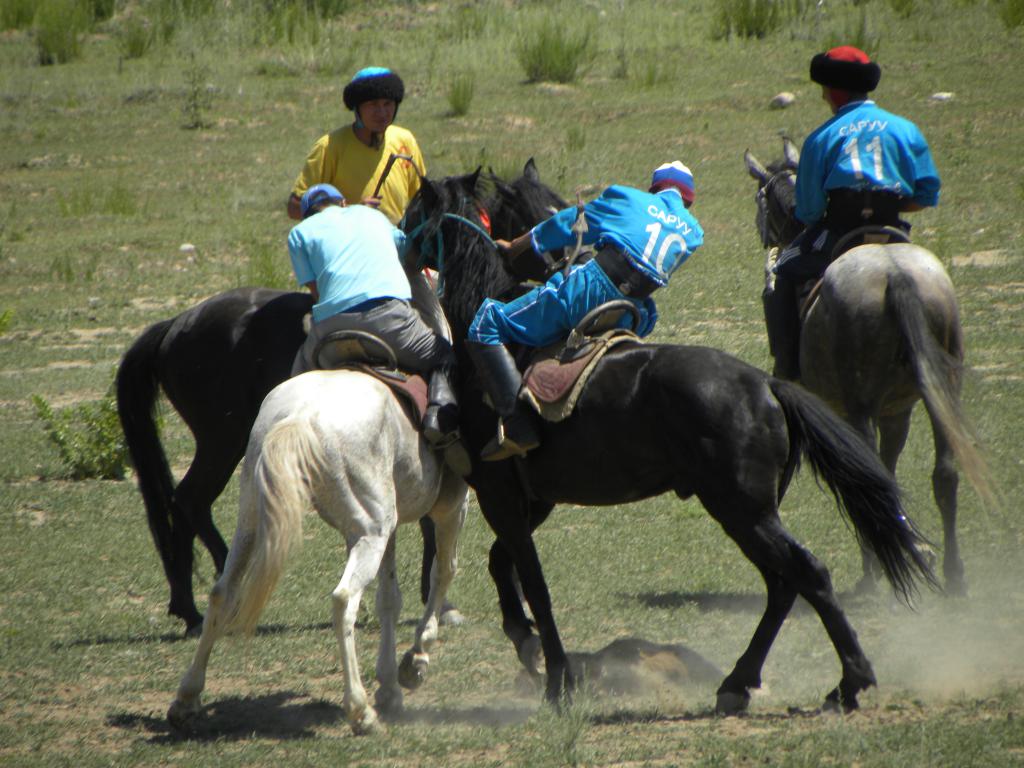