Hunting with eagles in Kyrgyzstan

Hunting with the golden eagle is an ancient tradition that dates back to the Mongol conquest of Central Asia around the 12th and 13th centuries, when a fine eagle and good horse cost the same price and both lent prestige to their owner.

Although the practice is gradually disappearing in this area, hunting with birds (especially with eagles) is still practiced in certain regions of Kyrgyzstan and Kazakhstan. Westerners tend to think of this as falconry – and although hunting with hawks and falcons does take place, it is looked down upon by those who hunt with eagles as a pastime for children and dilettantes.

Hunting takes place riding a specially trained horse, (called a "bercut”). To allow a rider to carry an eagle a special device (a “baldak”) is fitted onto the saddle to support the rider’s arm. Sent out to hunt fawns, foxes, or other small animals, the eagle dives down on them and kills them. But often it is also capable of killing young wolves when they cannot negotiate the deep snow. Sometimes the eagles hunt in pairs, just as they would in the wild. 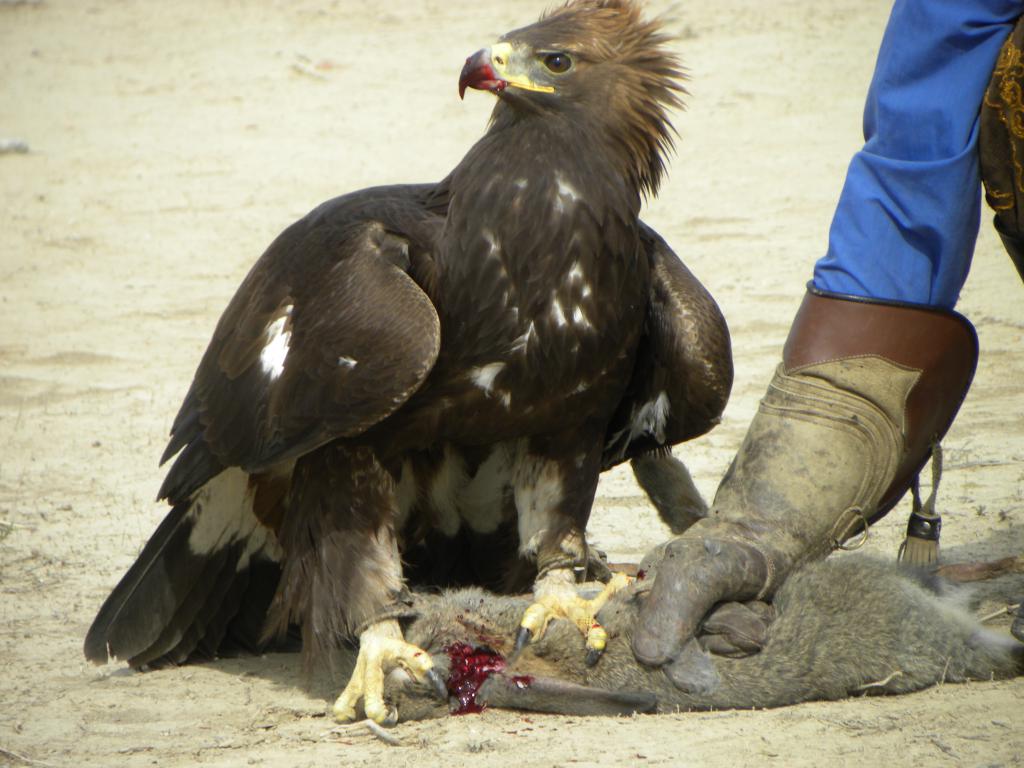 A skilled pair, berkutchi (hunter) and bird, can typically catch 50 or 60 foxes a dozen badgers, a couple of lynx and 4 or 5 wolves in a normal 4 month season, which starts in the late autumn. Eagles rarely fail to catch their prey, which it quickly kills, usually by breaking the neck in its powerful claws.

The capture, training and keeping of eagles is a highly ritualised activity, and both the Kazakhs and the Kyrgyz are experts. They even manage to get the bird to kill the prey while scarcely leaving a mark on its fur. Training eagles takes a lot of time, (3-4 years), must be done by one person, and requires constant daily attention. 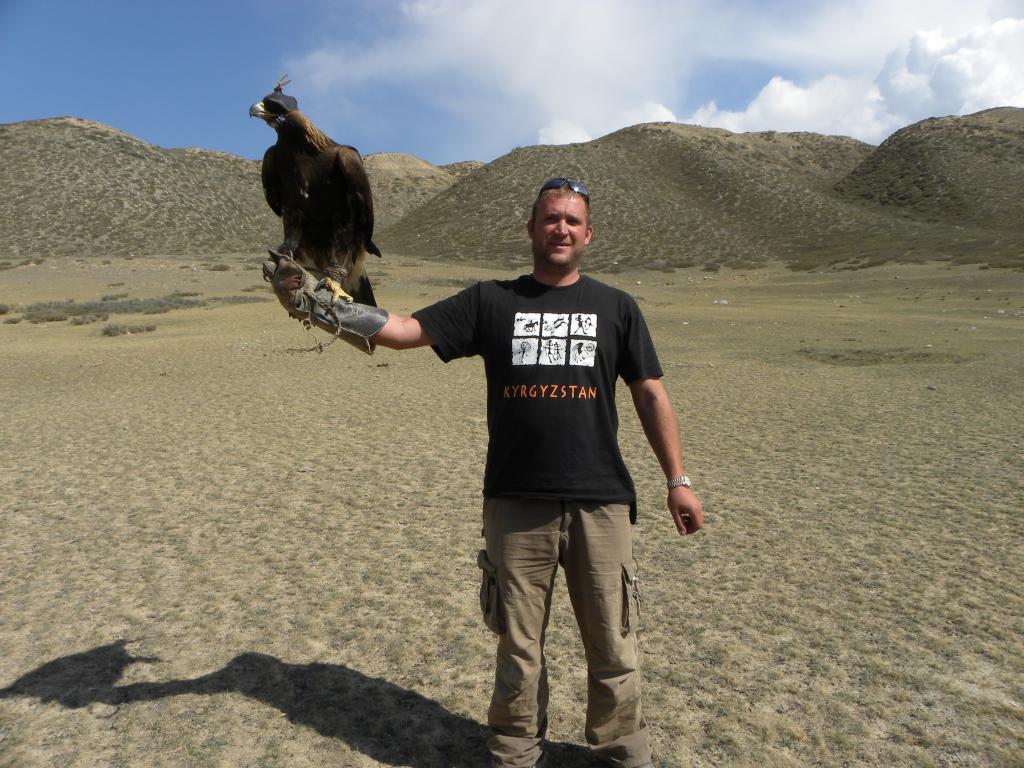 Most of the birds, which can have a life expectancy of 40 years, are caught young, hooded and placed in a cage with a perch that constantly sways while the berkutchi sings and chants to it, to imprint the sound of his voice and impress his personality on the bird. (Later on, the eagle is able to distinguish human voices and will obey only that of his master). The berkutchi feeds the bird himself.

When the eagle is almost an adult, the trainer shows it the hides and furs of the animals it must hunt so that it becomes used to the smell and characteristics of the prey. All of this is done with special commands.

Training continues by dragging a fox fur behind a galloping horse. Not all eagles can be so trained, but those that do show intense loyalty. Although never tethered they always return after killing their prey.

The season for hunting with eagles is from October to February. The larger eagles malt during the summer months and do not fly. So during the tourist season demonstrations of the art are limited to showing the magnificent birds and flying smaller falcons. Demonstrations can be arranged in Issyk Kul, in the Naryn region and near to Bishkek. 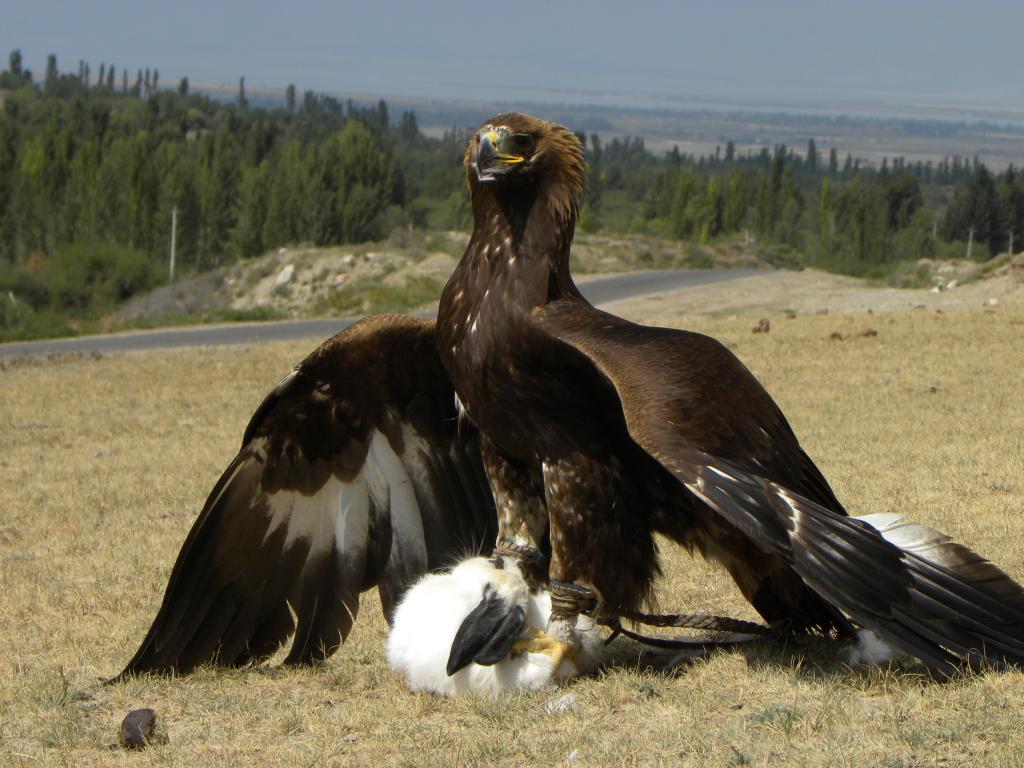 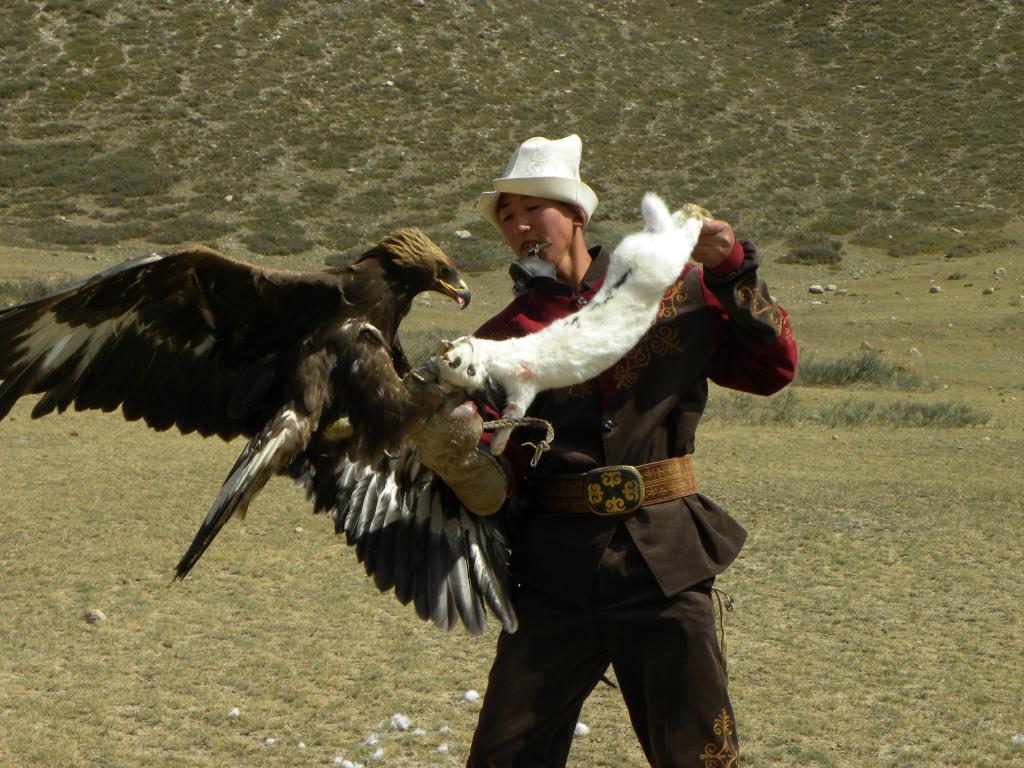